The global industrial robot market is in a stage of long-term steady growth, and the number of co-robots is growing rapidly

2020-11-30 17:35:551230
At present, the global industrial robot market is in a stage of long-term steady growth, but the global economic downturn and trade frictions in 2019 have brought a certain impact on the robot industry.

According to the latest report of IFR (International Federation of Robotics), in 2019, the global sales of new robots remained at a high level, with global shipments of 373,000 units. Compared with 2018, the decline was 12% year-on-year. The main reason for the decline was the continued downturn in the two major downstream industries: automotive and electrical/electronics. However, it was still the third-highest sales volume on record. The compound growth rate from 2014 to 2019 was 11%. 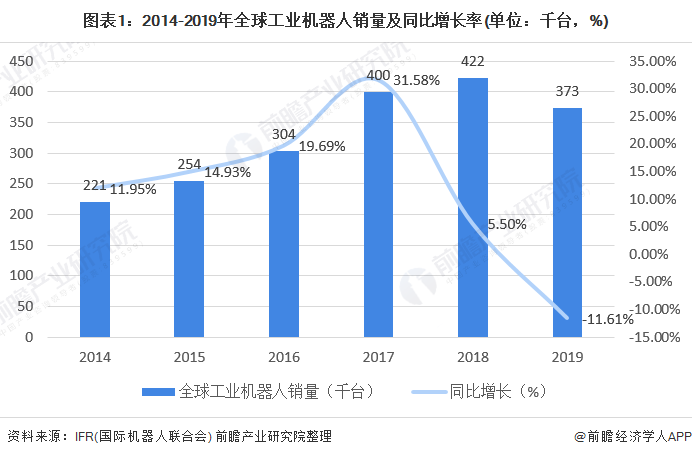 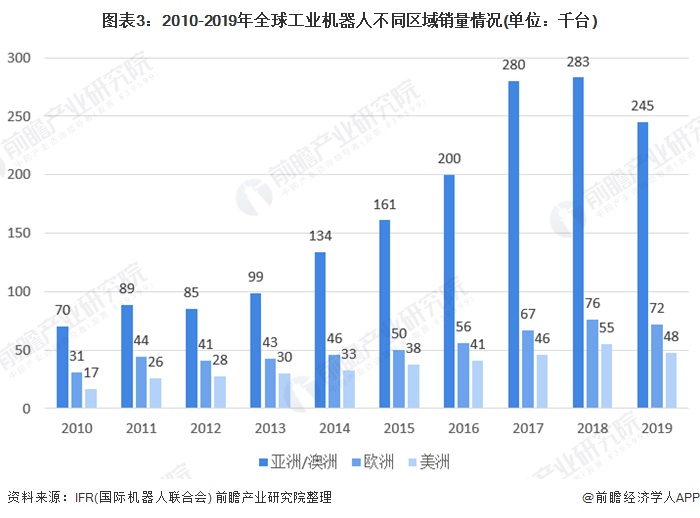 From a national perspective, the global robot consumer market is highly concentrated. In 2019, sales in major countries such as China, Japan, the United States, South Korea, and Germany accounted for 73% of global sales. China is the main end-use market for industrial robots, with 141,000 new installations annually, followed by Japan and the United States with 49,900 and 33,000 units respectively. 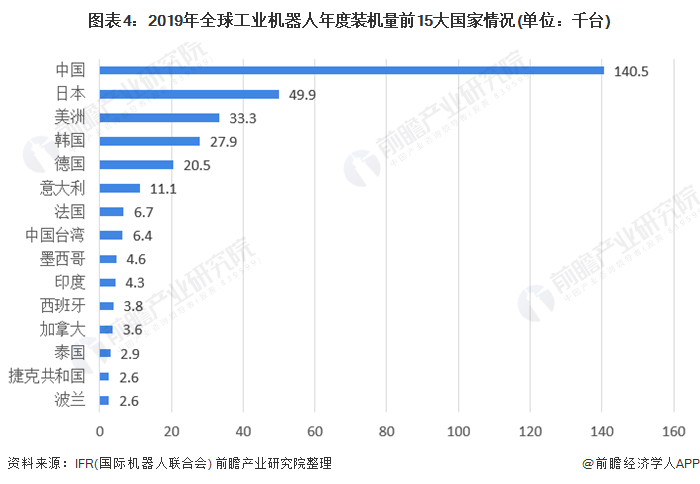 Singapore and South Korea lead the world in installed density 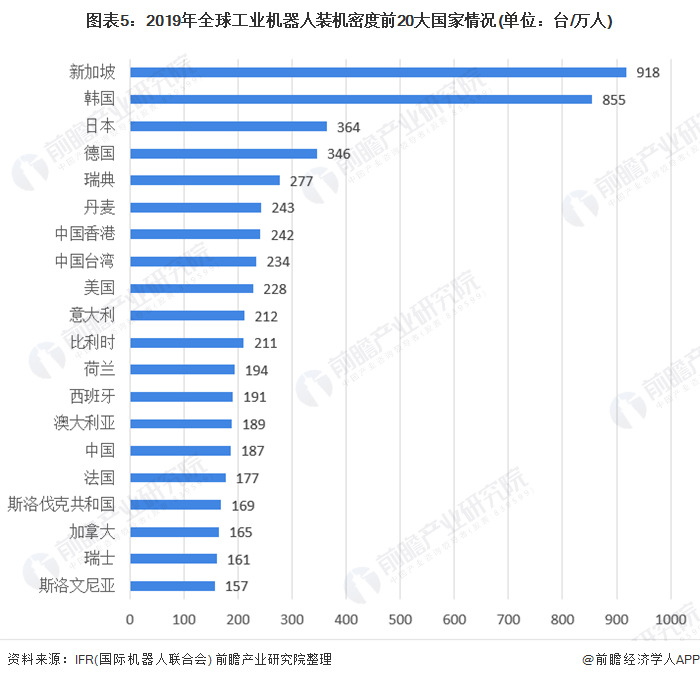 According to the latest statistics from the International Federation of Robotics (IFR), as of the end of 2019, the number of industrial robots in the world reached 2.72 million units, a year-on-year increase of 11.6%. 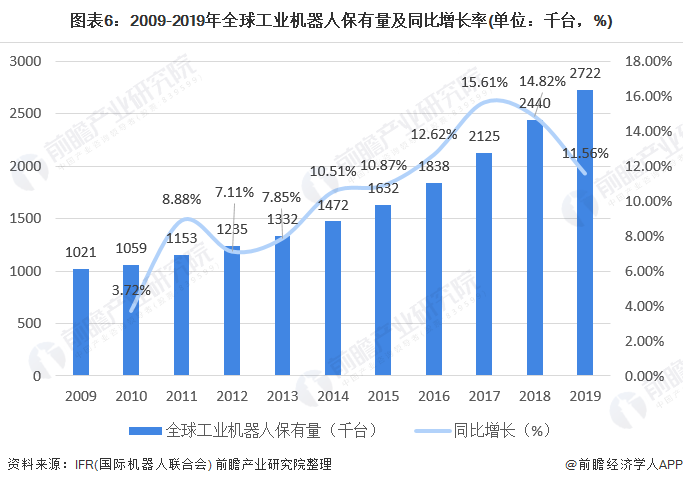 Asia/Australia is the market with the largest deployment of industrial robots. In 2019, the inventory of industrial robots was 1.688 million units. Among them, China's operating inventory increased by 21%, reaching about 783,000 units in 2019. Japan reached about 355,000 units, accounting for 12% of total sales. India set a new record of about 26,300 units, an increase of 15%. 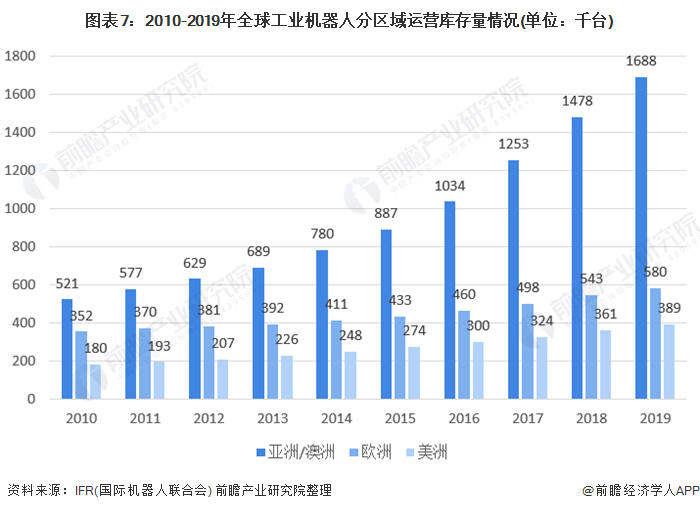 The largest number of industrial robots deployed in the automotive industry

In terms of different industries, in 2019, the three industries with the largest number of global industrial robots deployed are automotive, electrical and electronic, metal, and manufacturing. Among them, the operating inventory of industrial robots in the automotive industry reached 923,000 units; the inventory of robots deployed in the chemical and food industries It is also considerable.

The number of co-robots is growing rapidly

At present, the application of human-machine collaboration is showing an upward trend. Among the newly installed (sold) industrial robots, the number of co-robots is increasing. The sales volume of co-robots in 2019 was 18,000 units, which was higher than the 16,000 units in 2018, and the growth rate was significant compared with 11,000 units in 2017.

This growth in sales performance is in sharp contrast with the overall trend of traditional industrial robots in 2019. As more and more suppliers introduce co-robots, the scope of application of this kind of robot is becoming wider and wider.